To paraphrase our Tanaiste, this year has been like no other and this report reflects that sentiment.

As you all are aware, we announced a new title sponsor earlier this year, AIB Private Banking.  I would like to recognise AIB’s support through these challenging times and their unwavering commitment to the sponsorship.  This is deeply appreciated and will help to ensure the continued viability of our club. The committee look forward to working with AIB over the coming years in what we hope will be a symbiotic relationship.

This year the Viking Trophy for a Notable contribution to DBSC sailing was awarded to the volunteers in recognition of the outstanding dedication and commitment.  The recipients include the drivers, timers, recorders, signallers, flaggers, race officers mark laying teams who make our racing possible.  This was possibly the easiest decision of the year and very well deserved.  Without the flexibility, enthusiasm and dedication of the various teams we would have not racing.

Volunteers are the Club’s key resource, running racing is not trivial and is often demanding, needing the ability to think on your feet when unexpected situations emerge, a detailed knowledge of the extraordinary complex rules of sailing, an insight into the Bay’s variable winds and significant organisational skills to orchestrate the huge programme.  This was particularly true this year with many changes to the format and schedule of our racing.

I would also like to remember those who missed this season.  For many the camaraderie on and off the water is a large part of their lives and leaves a big hole when participation is not possible.

Unfortunately, due to the COVID restrictions the annual DBSC prize giving was not possible.  At this moment it is unclear as to how prizes will be distributed, but rest assured it is the committee will continue to work on plans to get the prizes to their recipients. I would like to congratulate all those who won a prize and in particular those who won the premier prizes, namely:

As alluded to above this year we have seen huge changes in now we run and manage racing, in fact too many to mention.  Many of these changes have proven to be positive and may be retained for the coming season.

We also do not want to forget a number of changes that were planned but were not relevant under the current circumstance.  These include a re-imagined Super League, the reappearance of the Dublin Bay 21s and refinement of the course cards.  Hopefully these will re-emerge in the coming years.

As with all boats problems always arise.  This year we have been fortunate as both committee boats have operated without serious issue.  This can be attributed to the care and attention given to both the boats throughout the year and the preventative maintenance programme that has been undertaken by our Honorary Secretary and Brendan Dalton.  Thank you both.

The need for both committee boats cannot be overstated.  In the club we are fortunate to have two world class platforms from which the race management team can operate and provide the high-quality racing we have become accustomed too.

Although at a high-level boat entry look numbers are broadly similar to last year, their composition is quite different.  This year the Laser class and to a lesser extent the PY class were far more popular, with almost twice as many Lasers entering. On average entries across the other classes entries were down by around 25. A notable exception is Cruisers 0 which saw a 30% increase.

The changes referenced above had a material effect on subscription thereby significantly reducing the club’s income.  We expect a return to close to our 2019 figures in the coming years, but also recognise that some boats will not partake in the future.

The rapid entry and hence presentation of the results has continued again this year.  It should be noted that on a Thursday night up to 150 boats may compete, which would be the envy of many international regattas.  I would be surprised if many organisations could compare to the speed and quality of the generation of our results.

There is a huge challenge at the start of each season as boats enter late and, in some instances, have provided incorrect data, particularly sail numbers.  Due to the pandemic this was particularly true this year.  Again this was handled with speed and effectives.  I would like to thank our secretary Colin McMullan for his continued sterling work on all matters results.

As stated last year the club’s ambition is to move all entries online.  This seasons only a small number of boats entered manually or offline.  We hope to improve upon this again next year.

There are numerous reasons for this policy, including improving data integratory, easier system integration and removal of any liability associated with handling cash and cheques.

The evolution of the club’s database and associated IT systems will continue again next year.

Each year in this report comparisons are made between this year and its predecessor.  Clearly this is not possible for the past season.  Suffice to say the Summer schedule maximised the racing for the number of days available.

It goes without saying that the club’s finances were under significant pressure this year due to the reduced income from membership and boat entries.  Thanks to significant cost controls and the sponsorship of AIB a modest profit was registered.  It is essential that that the club does not rely upon sponsorship to cover its operational expenses.

I credit our Honorary Treasurer Peter Fleming with keeping the committee on track and ensuring that we controlled our costs during this period.

Firstly, the committee members who to an extent not suspected by the general membership have devoted an extraordinary amount of their free time to DBSC’s affairs. We are all deeply in their debt.

First thanks must go to Gerry Jones for securing the sponsorship from AIB.  An enormous amount of work goes into both the negotiation and setup of such a relationship.  I must also reference the very successful webinar held in November.  Any of you who attended will understand the extent to which Gerry’s input was instrumental in the event’s success including assembling a start studded panel of Annalise Murphy, Damien Foxall, Tom Dolan and Kate Kirby with Fergal Keane as moderator.   I would also like to acknowledge our Honorary Treasurer Peter Fleming for introducing AIB to DBSC and Suzi Roy who has developed a very strong working relationship with her counterpart in AIB.

Although we only deployed a subset of the inventory of marks, there was considerable effort required to arrange and re-arrange their deployment, not to mention managing the competing priorities of our suppliers.  This would not have happened without the combined efforts Phillip Ferguson supported by our Honorary Secretary Chris Moore.

In last year’s report I thanked our Honorary Secretary for giving me the proverbial armchair ride.  This is as true this year as last.  I am deeply grateful. It should also be mentioned that Chris’s presence also provides much needed institutional memory which is essential for effective decision making and the evolution of the club.  Chris is ably assisted by Debbie Horan who completes much unseen work.

The sailing sub-committee deserves special recognition this year.  It was comprised of the flags, Honorary Secretary, Technical Director Brian Mathews and PRO Jack Roy. We are extremely fortunate to have Brian as our technical director.  His knowledge, aptitude and clear approach are invaluable.

I would also like to mention the rib crews who are skilfully supported by our Bosun and Patrol officer Declan Traynor. Declan also managed our COVID compliance, a not insignificant task.  Special note must be given to Joanne Sheehan who has co-ordinated the rib teams for over a decade.

I should not forget, either, Fintan Cairns, Race officer Henry Leonard and the teams of the Turkey Shoot and Spring Chicken series, who provide most enjoyable, popular winter sailing and in pre COVID times plenty of après-sail entertainment.  Regretfully due to the national restrictions currently in place the Turkey Shoot race series was not possible this year due to Covid-19 restrictions.  After much deliberation, taking into a number of factors into account, a proposed training series in lieu of the Turkey Shoot was also ruled out.

As already mentioned then there are volunteers who, whatever the weather and personal inconvenience, have manned the Club’s committee vessels. Without volunteers we do not have a club.  We cannot say this often enough.  There are too many to mention here, but you know who you are and we are deeply grateful.

Before my parting words I would like to mention Donal O’Sullivan.  Donal brought me onto committee over ten years ago and has been instrumental in my DBSC journey.  Over the years I have learnt a huge amount from him, and not just about DBSC.

Finally, a huge thank you to my fellow flag officers Ann and Ed.  I have been very fortunate to have them beside me (albeit virtually) and can genuinely say that I constantly impressed by their insight and enthusiasm.  They are involved in every aspect of running the club and devoted an enormous amount of their spare time to make the past season a success.  I have to say that I know both of you far better now than I ever imagined, and it will be strange not conversing on an almost daily basis.  Our club is in very good hands. 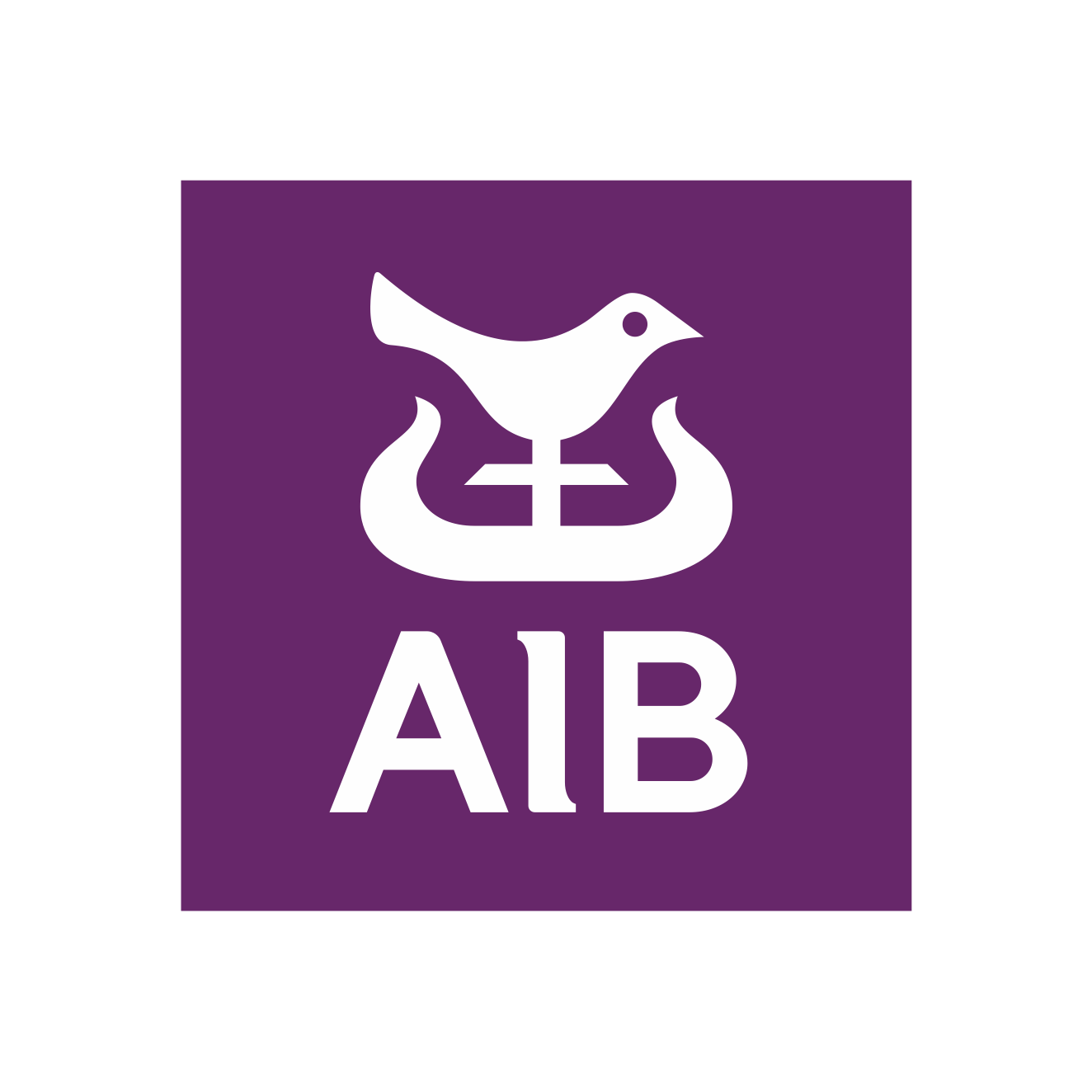